Astau is a native Kazakh wooden dish, a dish for serving beshbarmak, pilaf, meat, and the head of a mutton. The main advantage of ecological tabac is that in this dish beshbarmak does not cool down for longer, and the wood gives an elegant look to the festive table.

Previously, the Kazakhs had a custom: the head of the family, in which the baby will soon be born, went to the master and ordered him "Astau". By the time the baby was born, the dishes should have been in the parents ' house. And years later, when a grown-up son or daughter created their own families, parents, along with a common dowry, gave their children these dishes. It was believed that it was charged with magical power that could protect the house and family of the heir from evil spirits and misfortunes. 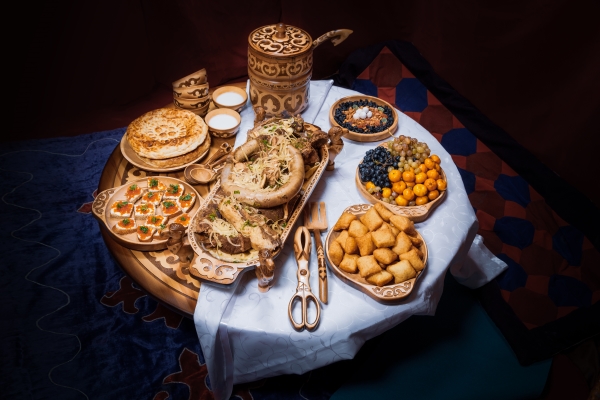 Hospitality - one of the most ancient and inviolable customs of the Kazakhs - konakasy-the guest's rights to food and accommodation. A person who violated this custom could be brought before the court of elders and pay a considerable fine for violating it.

Thanks to this tradition, any person could easily travel across the steppe, knowing that they would be accepted everywhere, fed, made a bed, and looked after and looked after the horse. Konakasy was a mandatory rule for every Kazakh family, regardless of its welfare. 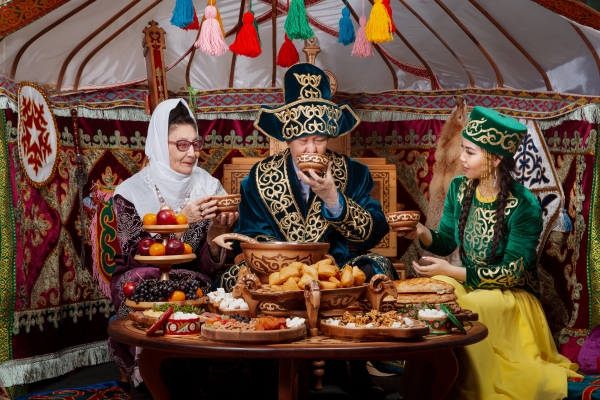 In the spring, when the Kazakhs went to Zhailau-a summer nomad, it was time for the first kumys. People sit around a large table and, with a wish of “Baylar cobeysyn!", were treated to Mare's milk. Then it was time for the celebration of the first kumys - kymyzmuryndyk, for which Mare's milk was fermented for nine days, adding fresh milk to it. The celebration lasted several days. The right to try the first kumys always belonged to the oldest woman and only then the kumys was passed to the others.

The marriage of a son and the marriage of a daughter always worried parents. The bride-to-be was looked out for before the son reached adulthood. They were looking for a suitable family of good, noble people . Then there was matchmaking, on the eve of the wedding, matchmakers came to the bride's house. Their task is to negotiate with the girl 's closest relatives about her marriage. If the negotiations were successful, the father, in turn, handed the chief matchmaker a robe. This custom is called "Shege shapan". Cooking "Kyiryk bauyr" dishes from the liver and broad tail fat, also testified to the successful completion of courtship.
After the official part of the matchmaking, according to the custom of the Kazakhs, the groom's side had to pay "kalyn Mal", which is paid mainly by cattle and depended on the wealth and condition of the matchmakers.
The next stage of the holiday is seeing off the bride "Kyz uzatu". In the evening before the beginning of the ceremony, matchmakers came to the girl's house again. The day began: games, songs, dances; gifts were given. Early in the morning, the bride and her matchmakers were sent to the groom's house. The farewell procedure was accompanied by the performance of the Kazakh ritual song "Zhar-Zhar".
The solemn ceremony of meeting the bride is called Kelin tysiru. The main element of Kelin tysiru is the performance of a traditional song of instructions and wishes - "Betashar". This rite was performed by the best akyn improviser, who praised the dazzling beauty of the bride, glorified the most influential people of the family. The bride, in turn, hid her face behind a veil, and bowed to relatives who tried to pay as generously as possible in hard cash. Beater ends with the instructions, wishes, and uncovering the face of the bride.
Kazakhs paid great attention to the preparation of the dowry. Were given beautiful jewelry, carpets, how (patterned felt), expensive clothes, things, utensils. Often a wooden chest full of dowry was given at once, and it was given a special place of honor in the bride's house. 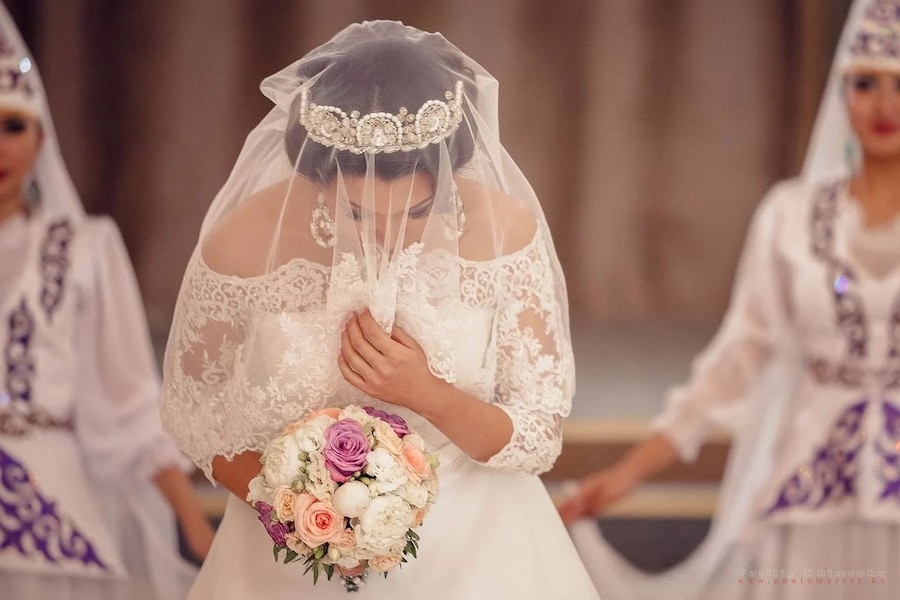 The tradition of "Besikke Salu" putting the child In the cradle

Kazakhs had many traditions and customs related to the birth of a child. The Kazakhs were especially happy with their sons as the descendants of the family.
On the third day after birth, a holiday was always arranged, and on this day the baby was put for the first time in a Besik – cradle-rocking chair.
For the Kazakh people, this is a sacred thing that often passed from generation to generation and was carefully stored, waiting for its time.
The most important and close guests were invited to the ceremony, a festive dastarkhan was served, and after the ceremony, the name of the child was announced.
The most experienced and respected relative was invited to perform the ceremony. At first, observing the Kazakh belief, the cradle was fumigated with smoke, purified and expelled evil spirits. They made small pillows and blankets, then swaddled the baby and tied it with specially sewn ribbons in two places to the Besik. They covered the baby with various family things that carried meaning, for example, a fur coat and furs meant to be rich, a horse's bridle suggests wishes for the boy to become strong and agile, girls put a mirror and a comb so that she grew up beautiful.
Through the opening of the Besik, in a special installed pot that provides dryness to the child, they threw sweets and various sweets, and women who do not have children, put their hands and sorted these sweets for good luck to get pregnant. They sang a lullaby song "Besik zhyry". 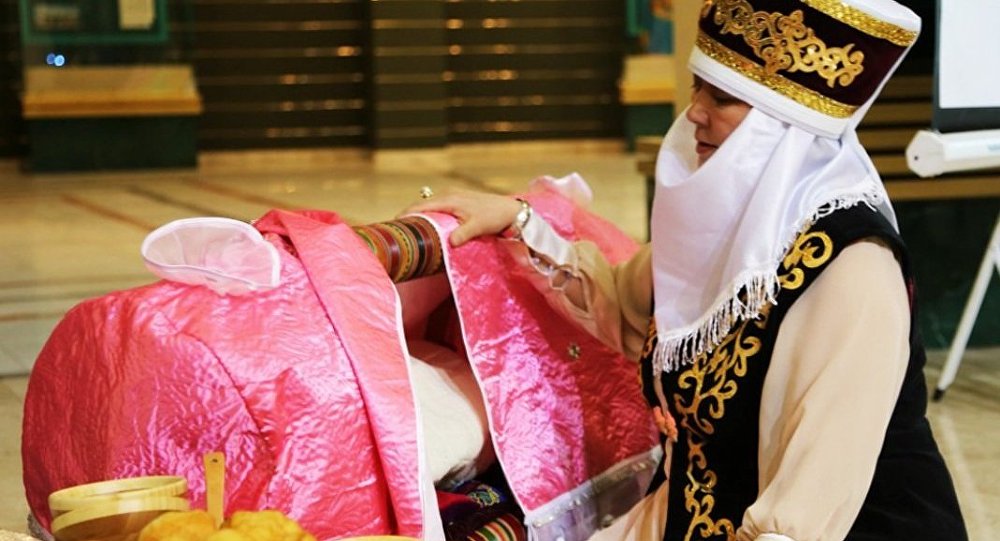 Today "Black" is a brand of Kazakhstan, the largest company that has its own registered «Black» trademark and copyrights to its products. We are proud of our work!

The mission of our company is to support the cultural history of the Kazakh people, to honor and preserve the traditions and customs of our ancestors.

Join us, become a part of our history and let yourself be immersed in the world of beauty and art.